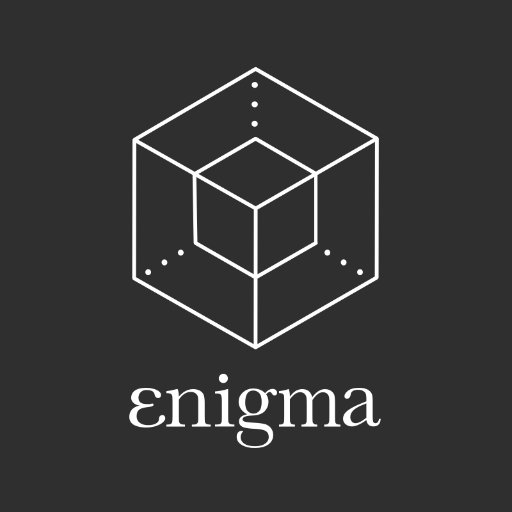 Enigma is a second-layer network that provides privacy and increased scalability. This level of privacy is achieved through what they call ‘Secret Contracts’.

The Enigma team is very qualified. MIT Media Lab has been at the forefront of blockchain since the beginning, as well as a great incubator of innovation in general. In addition to MIT pedigrees, they have real, tenured backgrounds in development and distributed systems. A real team backing a real project! At this point we know ENG is better than 90% of the shit coins out there.

The most recent blog post outlines potential real-world use cases in six large industries, each $50B+. This is what they are writing on their own blog:

“This is an ambitious vision that rivals the scale of large projects like Ethereum and Filecoin while complementing their functionality. In addition to our data protocol, we are building products (such as Catalyst) that will democratize the tools for interacting with and consuming data.”

“[The Enigma protocol] aspires to complement a blockchain (of any kind) with an off-chain data network (essentially — a single, always-on decentralized database), in much the same way that payment networks (e.g., Raiden) offer better financial transactions scalability. Essential to the Enigma network is the ENG token

“We hope this explains the reasoning behind our naming. Enigma was, and still is the name given to the decentralized data marketplace protocol. It is also the name of the company behind it. Catalyst is the first application to encourage adoption of a decentralized protocol that we hope would one day hold the long-tail of data on the web. As the name suggests, Catalyst is meant to speed up the adoption of this protocol.”

“We are facing the opportunity to completely reshape dozens of industries, each with tens or hundreds of billions of dollars of unlockable value, if we can solve the two major issues of blockchains: scalability and privacy.”

Catalyst is the first product example and already available for use. Catalyst is only the beginning and it pales in comparison to broader Enigma protocol use cases. It does however serve as a proof of concept and a proof point that the team is legitimate and can deliver. Many other larger market cap projects have nothing beyond a whitepaper.

A 10x return may sound high, but that would result in a ~$4B USD market cap (it’s only 400 Mil right now) which is the same as ICX. There’s absolutely no reason this coin shouldn’t be in the top 25.